My Experiment with a Flipped Classroom 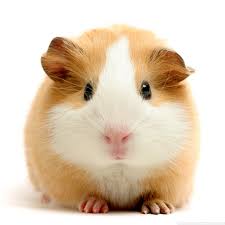 In a previous post (Sept. 16, 2013), I wrote about my plans to try out the flipped classroom format with one of my business law classes. I teach three sections of a business law course. I chose one of those sections as the guinea pig for this experiment.  The other two sections could be said to be the “control” subjects.

Over two weeks, I taught contract law to the three sections.  For the two control sections, I followed the traditional format of covering the material in class with a lecture mixed with interactive exercises.

For the guinea pig or “flipped” section, I provided my students access to lecture videos and told them to watch these videos before coming to the classes. In class, we worked on and discussed case problems which applied the material covered by the lecture videos. I had my students work on each case in small groups (3 or 4) and then had full class discussions. While they were working in the small groups, I went around the classroom to provide individualized guidance and feedback to each group.

Last week, all of the sections were assessed with a test which combined multiple choice questions and case problems.

How did it go?  Here are my observations:

– For the flipped section, I noticed a drop in class attendance of about 20%. This is probably because I had stressed to my students that if they did not properly prepare for class by watching the videos, they would not benefit much from coming to class.

– The energy level in the flipped class was high and positive. The students were engaged and inquisitive.  I could sense the gears turning in their brains. However, a very small minority of students sat on the sidelines and did not engage themselves in working through the case problems.

– A number of students commented on how much they liked watching the lecture videos, especially the ability to replay parts they did not initially understand.  One particular student who is older and whose native language is not English sent me an email saying that the lecture videos were “marvelous” and a much better way for him to learn than standard class lectures.

Overall, I feel very good about this experiment and hope to incorporate more of this flipped approach in the future.

5 Responses to My Experiment with a Flipped Classroom